Young people say they are often not taken seriously by adults when it comes to mental health and many are uncomfortable to speak out about their worries for fear of the consequences.  And that is where stigma starts.

Sometimes, it's hard for young people to understand what's going on in their head or be able to explain how they are feeling. But for some 'coming out' about their mental health problems can be empowering and improves self belief and confidence.  At the end of the day everyone should be encouraged to believe in their life goals - whatever they might be.

We are all responsible for helping to end mental health stigma for young people. 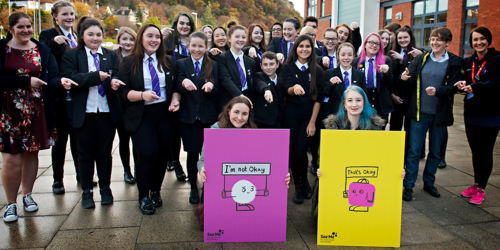 Fear of stigma and discrimination means that many people experience self stigma.

Anyone with mental health problems can start to believe what is being said about their illness from what others say publicly.

Self-stigma presents as a series of stages

It can lead young people into believing that they aren't capable of things such as doing well at school, going onto further education, getting a job or forming positive relationships.  This can result in them withdrawing, feeling frustrated, angry, experience low self esteem and lack of confidence in their future.

Everyone has the right to lead a fulfilled life and people who intimidate others or make them feel worthless need to be challenged.

If you're worried about a young person, ask them if they are okay, reassure them that it is okay not to be okay, and really listen to what they have to say.

Prejudice is when people form an opinion before becoming aware of and understanding the relevant facts.

Prejudice can also stir up emotional responses such as fear or anger towards the people who are being stigmatised. These judgemental preconceptions endorse negative stereotypes which can have a major impact on someone who experiences mental health problems. These attitudes can have a major impact on people's lives - making them feel worse about themselves and hindering recovery. 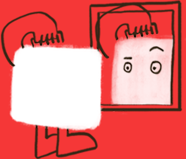 This is the kind of behaviour that we need to stop.  By speaking up and speaking out we can change attitudes and lives.