The Fear of Speaking Out

NEARLY a quarter (23%) of Scottish workers wouldn’t discuss a mental health problem at work for fear of the reaction they would receive.

This Depression Awareness Week See Me has called on employers to improve the way depression and mental health is approached in work.

Newly published figures, from a YouGov survey of 1165 Scottish workers commissioned by See Me, found that only 30 per cent think their manager cares about their emotional wellbeing, while 23 per cent wouldn’t discuss a mental health problem if they had one, for fear of the reaction from others.

The See Me in Work programme wants workplaces to create more open cultures so speaking about mental health conditions like depression is a common everyday occurrence and people can get help when they need it.

This has been supported by accountant Joseph Bannatyne, who was told he was “running out of time” after being referred to an occupational health therapist by a former employer when he experienced depression.

Mr Bannatyne, 34, was reluctant to tell his employer as mental health wasn’t spoken about at his work. 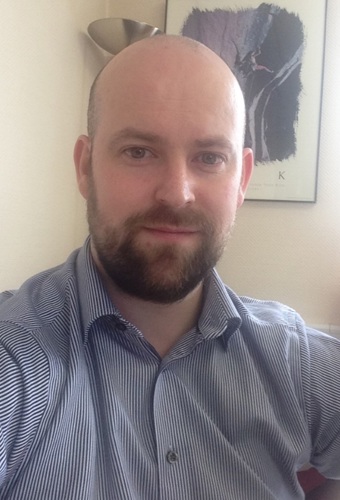 He said: “I was always the guy who appeared to be on top of things and it was that sense of losing credibility that stopped me from having the courage to tell anyone.

“I was working for a small high profile company and I worried that people would think I wasn’t coping with the workload. I kept a lot of things private from many people, due to a fear of people’s reaction and judgement.”

When he did tell his employer they arranged for him to see an occupational health therapist, however this made the situation worse.

Mr Bannatyne, from Glasgow, said: “The conversations all focussed on my contract and they kept telling me that I was ‘running out of time’ and that isn’t a good term to use with someone who is experiencing depression and anxiety.

“I went in thinking this could be beneficial to my recovery but I left feeling that I had just been interrogated. It was a very dangerous experience I had and one that no one else should have to endure.”

Now working at a Glasgow college, he has found it’s easier to discuss mental health.

He said: “People in the college are prepared to talk about mental health, they are more sensitive and educated on the subject.”