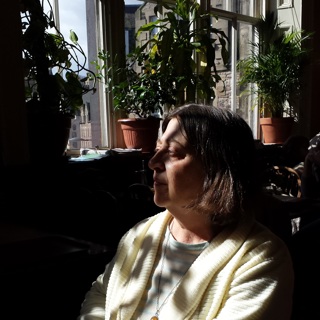 In my experience , the ups and downs of life have become the ups and downs of bipolar disorder and vice versa. My new medication has allowed me to go through the motions of my manic depressive type character, but without the debilitating nature of the dreaded disease, and thus I was able to publish ‘Firecracker’. As far as I’m concerned no book is complete until it has been read.

At its pre-birth stage, ‘Firecracker’ was a story that arose out of two marriages and subsequent divorces. From the first marriage, I earned a bright orange Fiat cat as a divorce settlement. Also, a small brown toy koala.

After the second marriage I nearly lost my children but I employed the best lawyer I could find in Edinburgh. I kept my children, who are worth more than material wealth to me, and I was awarded a garret, a flat in a small Scottish town, in which to write.

'Firecracker', the book was conceived in the second marital home. It arrived in my head as a scrambled affair, not worthy of publication. However, I saw nuggets of worth in the tangle of words. I lifted these up and for thirty years moulded them into the story in its present form. It was originally a much longer story.

‘Firecracker’ became part of my healing process and I hope that readers can either do something similar or benefit from my efforts.