Three years ago in August I went to see my GP, having felt that something wasn’t quite right.  I had no pain, I wasn’t feeling ill, I hadn’t broken anything, but something wasn’t right.  I’d been irritable, lethargic and eating more than I normally did.  Oversleeping and taking naps in the afternoon; obsessing about minor things and how others might react to them.  For someone who had oftentimes been the joker, trying to make people laugh, I was now actively avoiding company and hiding out at home.  Something wasn’t right, but I’d done my very best at being a ‘man’: ignore it, and it’ll go away.

A light came on in my head when some celebrity news broke.  I’m not someone who follows this kind of thing, but the news that Robin Williams, one of Hollywood’s funniest actors, had taken his own life, resonated with me.  Someone who made it his life work to make others laugh succumbed to depression.  The realisation that someone as brilliantly funny and (seemingly) with a heart full of laughter could suffer from such a deep depression really hammered home to me that something wasn’t right in my own head.  I too, was diagnosed with depression.

Why?  At the time, I had, in no particular order: become a dad, defended my thesis, started a new job, co-authored and published a book, published chapters in other books, taken research trips in some of Europe’s fine capital cities, moved house twice, bought a house, appeared on live TV and radio around the independence referendum, and run a marathon.  Sure, not all of it was easy, but that’s a lot of successful stuff to be noting – a lot of milestones reached, a lot of bucket-list things ticked off.  So why so sad?

It’s not really about the ‘why’.  It just is.  What is important is to recognise it – not to bury your head in the sand and ignore it – and tackle it head on.  Society as a whole struggles with this: if you’re depressed, there must be a reason.  But there doesn’t have to be.  And the absolute worst thing about the lack of societal understanding is the stigma attached.  You’re weak.  You’re lazy.  You’re just not trying hard enough.  Chin up old chap.  Get out of bed and go to work.  Keep calm and carry on.

This has to change.  You wouldn’t tell someone with a fractured tibia just to walk to work, suggest they try not having a broken leg or to ‘think it’ better.  You expect that person to go to A&E, get some painkillers and some physiotherapy, and over time, the leg will heal.  Mental health is just the same: medication dulls some of the pain (though, admittedly, not all of it), physio (or, in this case, counselling) helps retrain some of the muscles, and over time, the severity of depression lessens.  You don’t recover from a broken leg over night, and you can’t fix depression quickly either.  I’ve been on medication for the past 3 years, gradually reducing it over the past 6 months, and I’m only just now starting to think I’m doing better.  But even then, I’ve had bumps in the road, expecting too much too soon.

Early on in this journey, I tried to keep my illness secret, thinking I could beat it on my own, scared about societal stigma and how people would look at me differently.

After about 8 weeks, I decided this wasn’t working – that keeping it a secret made me feel worse: guilt, shame and cowardice adding to the depression.  I took heart from stories of others: the MP John Woodcock, the former Labour spin doctor Alastair Campbell, rugby referee Nigel Owens, tennis player Mardy Fish, the list goes on and on.

So I decided I’d be open about it.  I thought it would help me by taking a huge weight off my shoulders – and it did.  But it also made me feel like I was helping others too, because it’s a big thing admitting you have depression.  I got so many messages from people saying ‘me too – but don’t tell anyone’, which was both heartening and saddening.  Heartening to know I wasn’t alone; saddening that others felt that they couldn’t be open about the personal battles they are fighting.

I’ve gotten to a place now – and this is very recent – where I feel much better.  I’m enjoying my job and the company of my colleagues and students.  I’m enjoying doing things with my family.  And I’m able to get out of bed in the morning without any real difficulty.  I couldn’t have gotten here without the love and support of family and friends.  For sure, not everyone understood what I was dealing with, but everyone was willing to listen as I told them about my experience, and those conversations helped all of us deal with it.

I can’t recommend enough that if you recognise any of these symptoms in yourself, that you talk to someone – anyone – about it.

It’s a long road, there are lots of bumps and setbacks, but you don’t have to do it all on your own.  Recognition is the first step, but as with so many other things, that first step is often the most difficult.  Collectively, we need to try and make that first step easier by being more open about it.

I’m Malcolm – and I have depression. 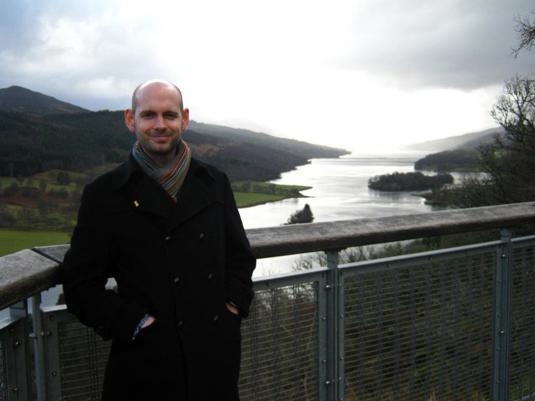