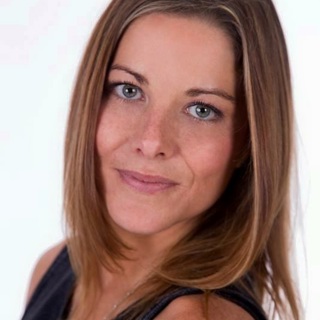 The worst stigma I experienced was when I was in a psychiatric ward and their advice to me was to tell me just to eat some chocolate. It was dismissive of my illness.

The nurses in the ward didn’t have a clue how to treat someone with anorexia. They just told me to eat and they did it in front of all the other patients. I immediately didn’t want to be there.

Having the nurses tell me that made me think that I can’t actually be that ill. If it is was simple as just eating chocolate then I thought that I was probably alright and I didn’t need to be there.

One nurse said to me ‘you don’t look as ill as some other people I see so you can’t be that bad’.

When you have an eating disorder you always think you’re not as bad as people say, so to be told that will just do more harm.

It just made me think I can’t be ill and I have not lost enough weight, I didn’t get the right treatment.

My family were also quite stigmatising in their attitudes at first, although they are very supportive now.

At the time you think that you are hurting these people and it is all down to your own choices. You then think that others don’t think much of you and you start to question yourself as a person.

Self stigma was a big thing for me, I didn’t want to admit I was ill or needed help. I thought if I told people what I thought they would just think I’m crazy. I worried a lot about what people would think.

I now think to speak to people about my illness and tell people my story is important. In the end my action that I want to do is to help people with mental health problems into fitness.

I want people to read my story and know there is recovery.

Most people don’t know what goes through someone’s mind when they have an eating disorder and that is where the stigma comes from.  I want to change that. It is still taboo to talk about anorexia.

I’m hoping if I speak to people it can help others, especially ones who are at the start of an eating disorder.

At that stage you don’t want to admit you have a mental illness or that it has control of you, but if you can get help at the beginning there is a much better chance of recovery.

People often stigmatise and discriminate by just not knowing that what they are saying is wrong. By sharing what went on with me I hope that someone hearing my story will stop for a second and think before they say something that might be stigmatising.

I would also now speak to people directly if I saw discrimination occurring. Before I wouldn’t.  I would have been embarrassed. But now I know this is just part of me and it is nothing to be ashamed of and if I saw someone acting in a discriminating way I would be confident to stand my ground.

It only takes one person to change someone else’s actions and that can have a knock on affect. The only way for change to happen is for people to start changing the way they behave and the way others behave.

No one person can change everything, but they can start that change. If you change someone’s behaviour you don’t know how big an affect that could eventually have.