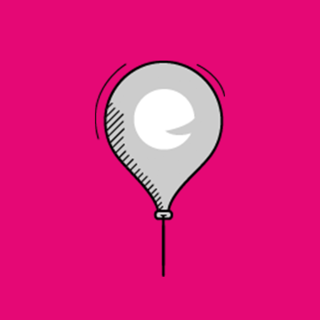 At the age of 30 I was diagnosed with anorexia and depression. I had suffered from depression on and off since I was a teenager but just before I turned 30 I seemed to be feeling really low, hopeless, and unable to function properly.

It seemed to get progressively worse rather than better. I had low self-esteem and didn’t feel good about myself at all. I didn’t know how to control my emotions or how to make things stop. I would constantly tell myself to get a grip and that I had nothing to feel down about, I had a loving family, 2 amazing children but nothing seemed to help.

I had my eldest child at 16 and when he was a few months old I was referred to a counsellor as I felt that I was finding things difficult. After attending a good few sessions I felt a bit better and no longer felt the need to go back. The counsellor at that time had said to me that I should take my issues and place them on a shelf (in my head obviously) and deal with them one at a time when I felt ready (or words to that affect) so that was my intention.

I had good and bad days as most do but then again when I was 19 I started to feel down and struggled with my thoughts and feelings and went back briefly to see a counsellor to try and work through some issues.

I then fell pregnant with my youngest child when I was 25 but a few months into my pregnancy I lost one of my best friends which I found extremely hard to deal with. I got on with things but was really struggling to come to terms with it. When I had my daughter this kept me occupied but I was still feeling very alone, sad and generally depressed. This went on for some time but I didn’t go for help, then the following year I lost one of my other close friends and again found this very difficult to cope with.

By the time I was 30 I was really struggling with life, I was angry, sad, tired and had so much mixed emotions but no clue how to deal with them.

I couldn’t concentrate and felt as if everything round about me was in slow motion. I was there but I was somewhere else in my head and it was the worst feeling I have ever experienced. I did things with my children, I went on holiday but in my head there was so much things going on that I couldn’t fully appreciate, the things that I was doing and looking back at this now really breaks my heart because I feel I missed out on so much.

I must have been showing signs of some sort at work because eventually one of my work colleagues asked me to see a doctor and also talk to my family. I agreed that I would do this and I arranged an appointment with my doctor and my mum came with me.

I broke down at that appointment and explained to the doctor that I was struggling to cope and felt exhausted. She asked if she could weigh me and take my height which I found strange considering I was telling her I was depressed but she then asked me if I thought I was anorexic, which I answered no to. She asked a colleague for a second opinion and the other doctor agreed. I was completely in denial and just wanted help to make these thoughts and feeling go away as I didn’t feel like I could cope with it, it was all beginning to get on top of me.  They did blood tests to ensure I hadn’t done myself any damage and thankfully I hadn’t. I have tried medication a few times throughout my life for depression but it wasn’t for me, I didn’t like how it made me feel. I tried the CBT too but didn’t find this affective at this point in time.

I attended counselling, dietician and a psychiatrist on a regular basis to try and help, but this process was particularly hard for me. I found it challenging to talk through things from my past and I felt that things got worse before they got better. It did eventually give me the strength to work through some of my issues that I had put on that “shelf” over the years. I had let everything build up inside my head to the point where there was no more room left on the “shelf” and although I have struggled throughout my life with low moods, I had never been this bad before and feel that this was when I completely broke down. I felt so alone through this despite having all my family round about me. I didn’t want to talk to them about it or think about it, I just wanted it to go away. I didn’t understand why I was the way I was, so how could I expect anyone else to understand. If someone had said to me at that point in time, you can have one wish, it wouldn’t have been money or fancy things it honestly would have been to feel “normal” and happy.

I struggled to go out, I suffered from anxiety especially when it came to food and it made me feel isolated.

People would comment on my appearance but I would just dismiss it and to be honest it only made me feel worse because my confidence was already low.

When I look back through my childhood now, knowing more about the conditions that I have, I can see that I have had issues with eating (throwing food away, avoiding food or certain types of food and finding ways to make myself sick) since I was very young, probably around 7, but I suppose the more this became a habit, the more normal it was for me. When I hit my teenage years it became more of an issue and I would skip meals, eat very little and at times make myself sick. I hated eating in front of people at school and felt fat. I always compared myself to other girls and generally didn’t like myself.

The last 3 years have been extremely challenging and a very difficult process to go through but I have learned a lot. I have learned that it’s ok to have bad days because every day is a new day, its ok to talk to people when you’re struggling because it’s better to talk then to bottle things up. Initially I didn’t want to tell people because I felt they might judge me or think that I was a bad mum but my children are my world and I would do anything for them.

I have come to realise that I can reassure, support and look after other people but I find that life events and stressful situations are very difficult for me to deal with effectively. I still struggle with my eating, especially the anxiety relating to food and sometimes this has an effect on things such as going out to restaurants or over to other people’s houses for food.

I think this has made it difficult to build new friendships because my confidence is very low and some people just don’t understand and say things like “just eat something”, “get over it you will be fine” or “don’t be dramatic” but if it was that easy then I would save myself a lot of problems and just do it, but it’s not

I have bad days but I feel more equipped to deal with my emotions now than I ever did in the past and continue to see health professionals when I know I’m not feeling great. I never refuse help that’s offered to me, I would do anything to avoid being back to where I was 3 years ago.

I have such supportive family and friends and I know I’m not alone as long as I speak up when I’m finding things difficult.

Most of the staff at the hospital and my own GP have been amazing and I feel privileged to have had the help and support from them because I know it’s not an option for everyone.

I know that I will always have blips in life because life can be challenging, but I feel that as long as I can use the techniques I have learnt and follow the advice that I have been given that I can get through things one day at a time. I now know I’m not alone; there are lots of other people with similar issues to mine.