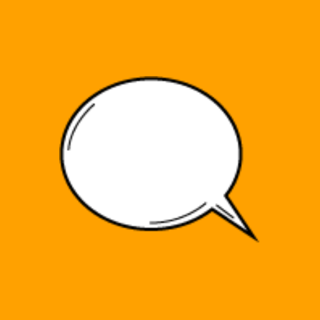 I've always been very, very self-conscious; very aware of my feelings. Looking back now, I know I was suffering from severe social anxiety, but it manifested itself in such a way that I physically could not eat if I was in presence of anyone else.

My anxiety would start, heart rate increasing, sweating, throat constricting until I was sick. I now recognise these feelings as full-blown panic attacks, but as long as this simple fact was not acknowledged, my sense of failure as a person and consequent self-stigma grew.

This started when I was about 10 – and I was horrified, I was completely mortified. My parents were horrified. The more it happened, the worse it got. It got to the point where I was basically just hidden away.

The more I was hidden away, the more I thought, ‘I'm just nothing, I'm a freak of nature,’ and the more it would build up in my own mind. A lot of stigma experienced from the outside influences how you feel on the inside – they stoke each other.

It wasn't until I did my See Me champion training that I discovered that self-stigma was an issue. I had always thought, ‘That's what everyone else thinks about me.' But the more I talked, and the more I listened, the more I realised that actually, so much of it comes from inside me.

At its worst, for me, self-stigma is assuming that whatever is wrong with you, you're the only person who it's ever happened to, and if anybody was ever to find out, you'd be ostracised forever. Now, I would say I still suffer from self-stigma, but it's more like mild embarrassment.

What I’ve learned is that it’s important to be kind to yourself. Another thing I had never come across before I started my See Me training was self-care. Never has it ever even occurred to me that it was a valid thing to take time out, and sort my own head out.

Allow yourself to have the panic attack, but don't then beat yourself up because you've had one. Accept it move on.

Talking about it is important too – looking back at my experience, it was this huge secret I kept locked away with very, very few people knowing and those that did, thinking it was all really pretty embarrassing and awful. Feeling safe to talk about what's going on is important.

There's a brilliant book called A Spot of Bother by Mark Haddon. In it, he's really reluctant to go to a talking therapist, but when he does, he describes how helpful it is – he says it's like seeing your enemy out in the open. I remember reading those words and thinking, maybe there is a way of bursting this balloon – which is kind of what self-stigma is. It's this big thing inside you, it stops you from doing so much, but it just feels like there's no way out.

If people want to think less of me because of my mental health? Really, that's their problem. It's up to me to rise above that. I have made such amazing friends because I now know the difference between people who accept me for what I am and people who might stigmatise me. That has definitely helped me to start to overcome my own self-stigma.